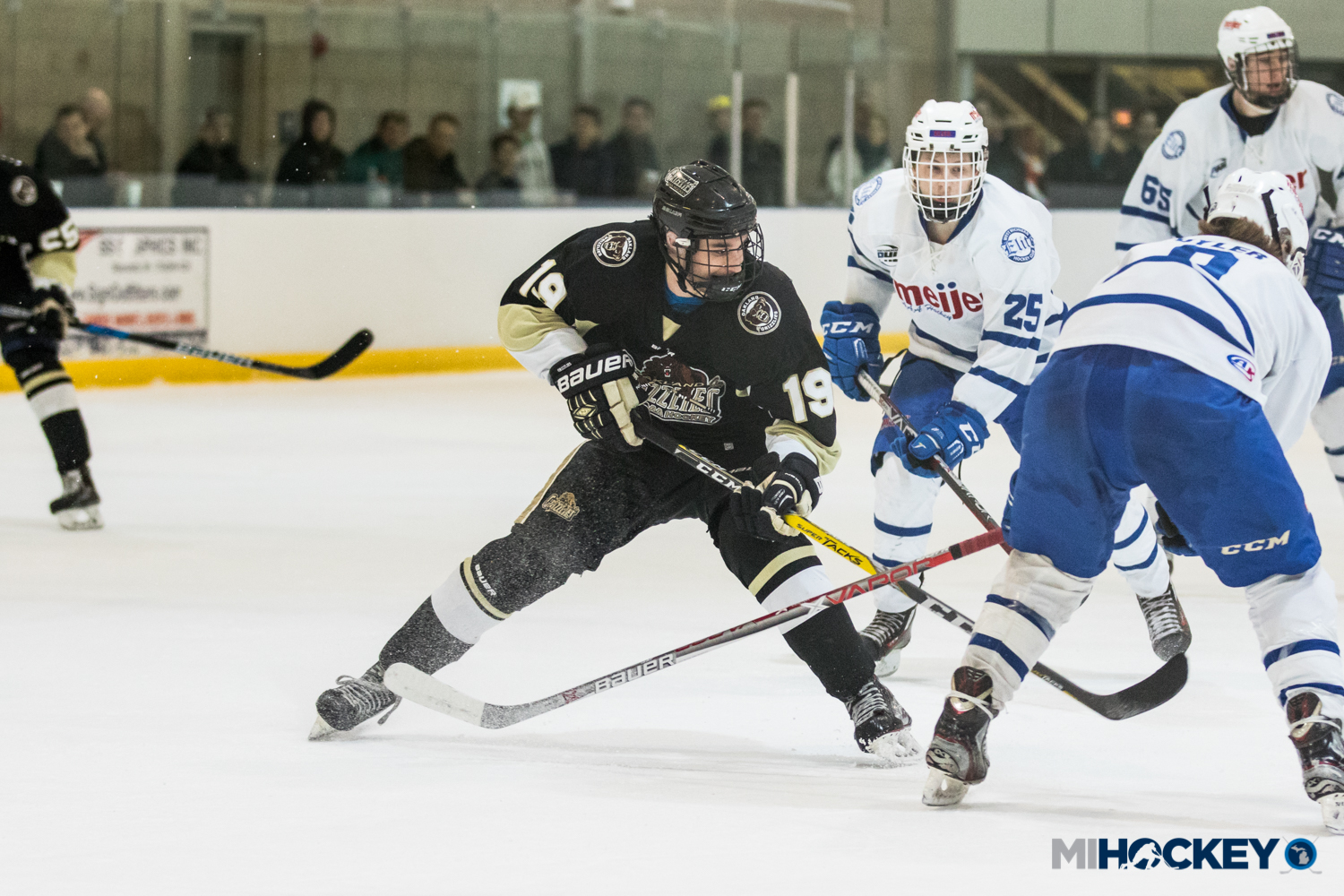 Max Sasson wanted this story to start with a message to young hockey players in the same spot he once was.

Keep working, even if you aren’t playing for the team you want.

“Before I start, I want to say for all the kids who are worried that they didn’t make a 14U team,” Sasson told MiHockey, “I did not make one top team before this year started.”

Sasson didn’t let his team situation get in the way of his hockey dreams. The 2000 birth-year player kept working, and this year, he seized the opportunity to play for the Oakland Jr. Grizzlies midget minor team.

“OJG is the only place I could have played u16,” Sasson said.

Now, he’s telling MiHockey about why he picked the University of Maine for his college hockey career. Sasson has thrived with OJG, leading his team with 38 points in 31 games (as listed on the Tier 1 Elite League website). The Total Package Hockey Center of Excellence student said he found the ‘perfect fit’ at Maine.

“I picked Maine because when I went on a visit, I felt right at home,” Sasson said. “It was just a perfect fit and I knew right away.”

He’s still a few years away from suiting up for the Black Bears, but he said he’s excited to have the chance to one day play college hockey.

“I am beyond excited to play college hockey,” Sasson said. “I knew once I went to the game at the Harold Alford arena in Maine that it was a easy decision to go to college. The atmosphere, playing in front your friends, and studying what you choose that’s why I am playing college hockey.”

“We’re very proud of Max – a great example of how hard work pays off,” said TPH Detroit director of hockey Brandon Naurato. “He has fought through adversity to better himself and better his chances of becoming a college student-athlete. Now, he’s one step closer to earning his degree while playing D1 college hockey.”