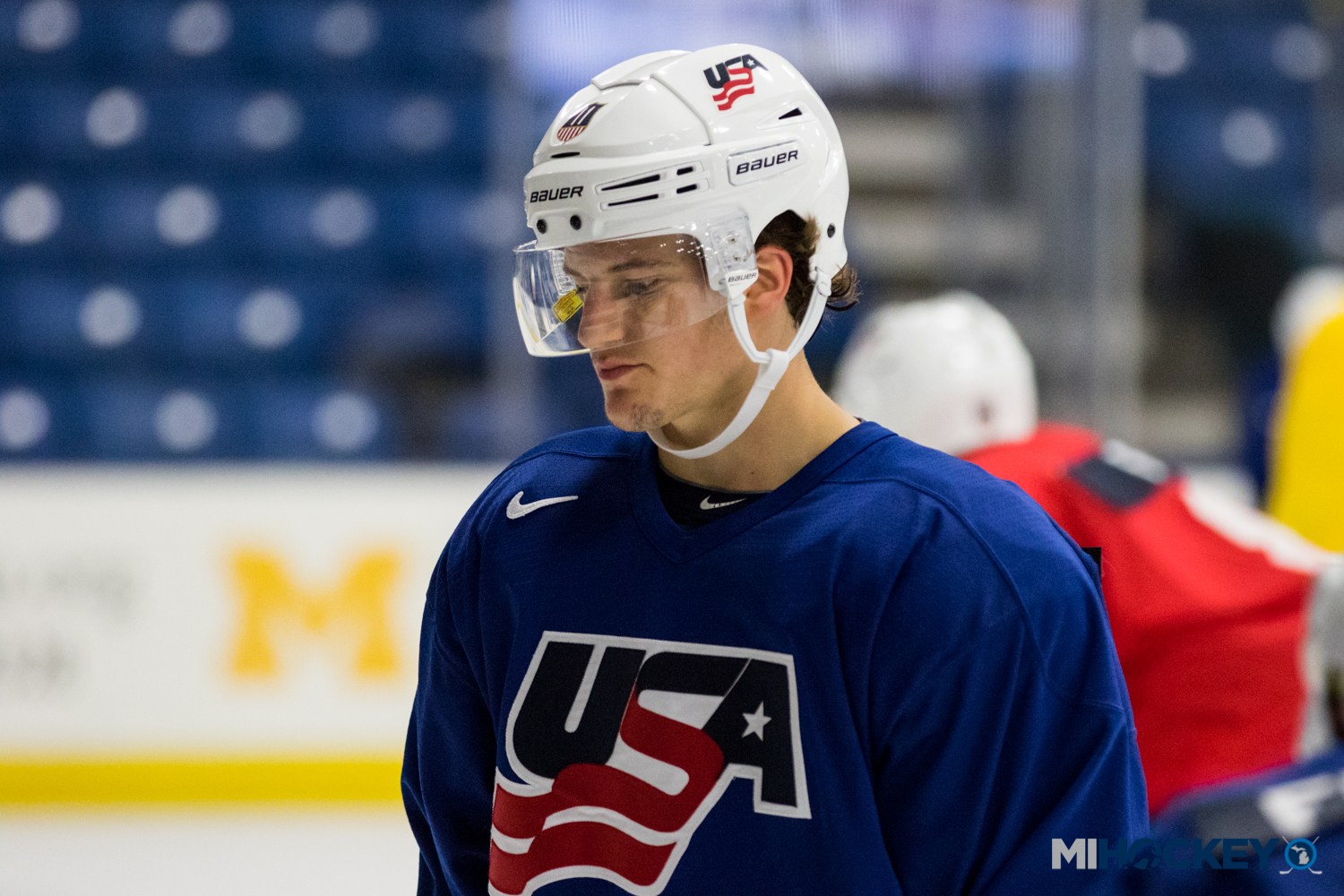 PLYMOUTH – He got a taste of it with the NTDP. He knows what’s coming when he starts his college career with Boston University this fall.

“It’s really exciting,” said Cockerill, back at USA Hockey Arena for the World Junior Summer Showcase. “Last year, we probably played 10-15 games against college teams. It’s real hockey, it’s big boy hockey. I know me and the freshmen I’m there with are excited to get going and play some big time hockey.”

The NTDP alum and Brighton native has already been training with his new team out east, preparing for his first Hockey East season with the Terriers.

“I’ve actually been there the past few weeks, been taking a class out there,” Cockerill said. “We have workouts in the morning, so they’re just trying to get us ready for the season. It’s nice to get adjusted to the city so you’re not just coming into the season being nervous and stuff. They implement you in there and I’m there for two more weeks and then I head home for a few weeks and then back to Boston to get the season started.”

Right now, however, he’s back at home. Kind of.

“It’s good, it’s kind of surreal not being here for a few months,” Cockerill said. “It’s a little weird being so close to home, but not being able to go back. But it’s nice to be back at the old rink. Definitely have some memories here.”

Cockerill is one of 42 players skating with USA Hockey for the World Junior Summer Showcase, taking place at USA Hockey Arena in Plymouth now through Aug. 5.

“It’s great,” he said. “I wasn’t too sure whether or not I was gonna hear my name called and put on the list, but it’s good to have the opportunity to come here. There’s so many good players here that it’s good to see where you’re at and where you can level up against these guys.”

It’s a unique tryout-like experience for the players, but Cockerill said most of them are used to that after playing for the NTDP.

“A little bit, but the past two years or so, we’ve been playing in a high nerve-wracking situations over at Worlds so you kind of get used to it,” Cockerill said. “You’ve got to just keep playing your game and just do what you normally do.”

The Summer Showcase invite is just one of two major hockey milestones for Cockerill; the Oakland Jr. Grizzlies and Belle Tire alum was selected in the seventh round of the 2017 NHL Draft by the New York Islanders.

“It was great. I was getting a little nervous at the end, but it was nice to slip in there. New York is a great organization, so I’m happy that they drafted me, had some hope in me and hopefully I can get there in the next few years.”

His main focus for the rest of the summer and his freshman season is similar to most in his situation – he wants to ‘bulk up.’

“Right now, mostly at BU, I’m working on my strength,” he said. “I’m doing Ben Prentiss’ program out there and they’ve definitely been putting us to work. I’ve also been trying to work on my shot, get that better, so once I do get the puck in goal-scoring opportunities be able to produce and put it in the back of the net.”