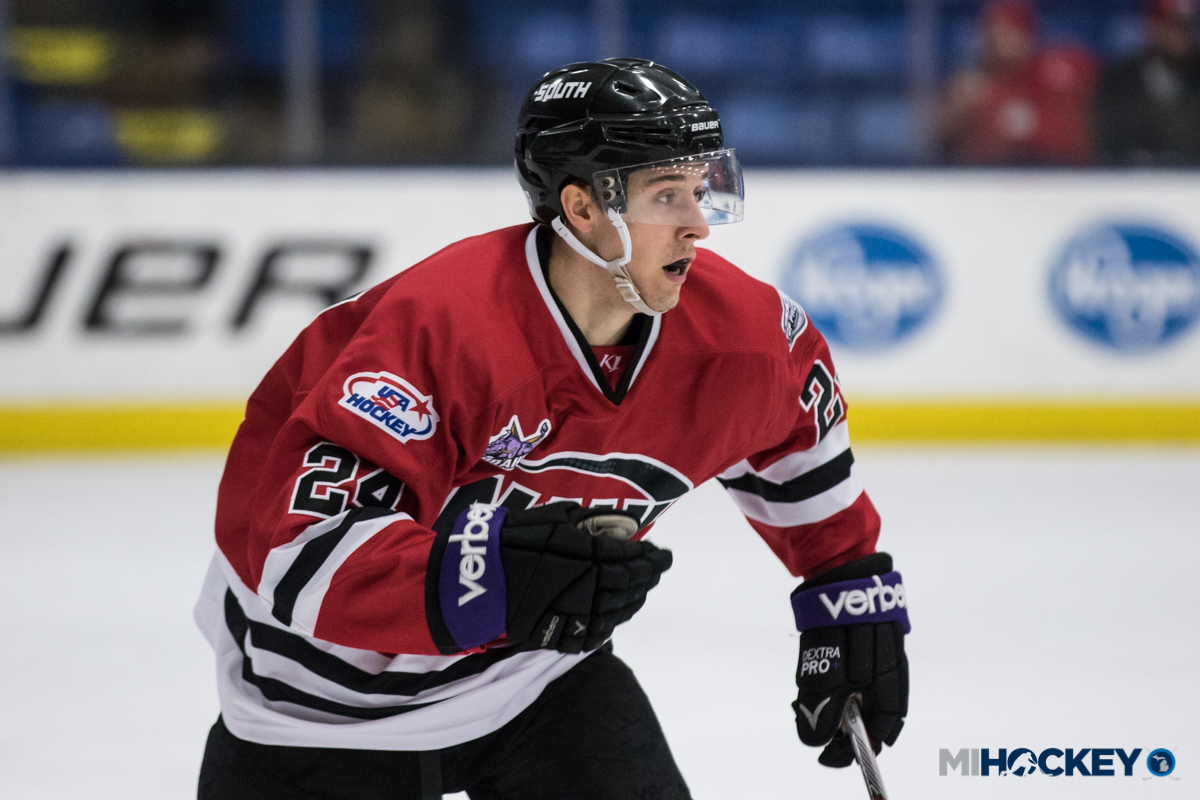 College Editor's picks For Coaches For Fans For Parents For Players Michigan State Spartans Slideshow The Latest
May 9, 2017 MiHockey Staff

Austin Kamer’s hockey journey has led him to British Columbia and Texas, but soon, he will be skating much closer to home.

Kamer, a Grand Rapids native currently playing for the Lone Star Brahmas of the NAHL, has committed to Michigan State for the upcoming 2017-18 season.

“[Michigan State] is close to home, it’s a great school and a great program took so I’m really excited to be a part of it,” Kamer said via Lone Star’s release. “This is the closest I’ve played to home in the last five, so everyone is just really excited…I’ll definitely have some fans come out to the games.”

Kamer played for Belle Tire in Bantams and Midget Minor before spending two seasons with the Cleveland Barons youth program. In 2014-15, he joined the Powell River Kings of the BCHL where he played for two seasons.

This season, he posted 17 goals and 26 assists for 43 points in 57 games with Lone Star – Kamer’s first season in the NAHL.

“He’s a very good hockey player,” Lone Star head coach Dan Wildfong said in the release. “He makes a lot of good hockey decisions, a lot of high percentage decisions. That’s going to translate to the college level. A lot of times, people want the flash or the guy that tries to dangle through a defender. Kamer’s going to drive you wide, delay, hit the late guy on the tape or make the smart chip-in. I think he’s going to find a lot of success in Division I because of what he’s done for us all year.”