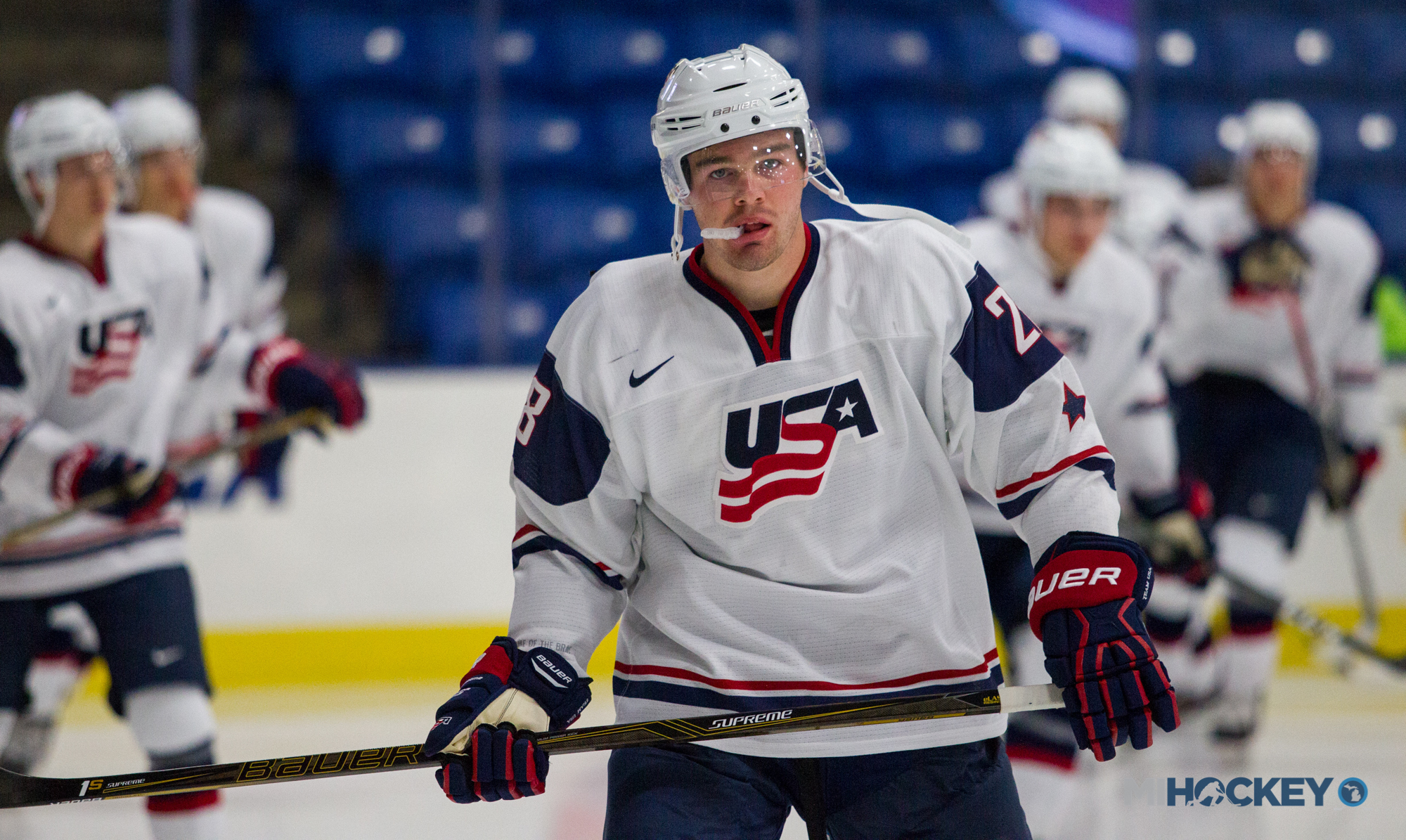 PLYMOUTH – Four Wolverines are getting a head start on the 2016-17 season – thanks to invites to the USA Hockey National Junior Evaluation Camp in Plymouth.

Three – Boka, Martin and Cecconi – remain after Team USA made roster cuts Tuesday morning. However, the experience of the camp helped for all four of the Michigan players.

Boka, set to be a sophomore blueliner for the Wolverines, said he appreciates the opportunity to compete in high-intensity games during the summer break.

“It’s good, it was fast, it’s the middle of the summer, so just getting my legs back underneath me and stuff like that, playing with different guys, it’s pretty fast.”

While the on-ice competition may be unique to the World Junior camp, all four of the Wolverines in attendance have been working in Ann Arbor all summer to get ready for the 2016-17 NCAA season.

Grueling workouts with strength coach Joe Maher have the foursome ready for the new season.

“It’s awesome, it’s so intense,” said Warren, who is preparing for his sophomore season. “Spring training was really tough for six, eight weeks and then now we’re moving right into summer, no breaks really, just keep going and getting stronger and faster. Conditioning’s been great, it’s been helping me out a lot.”

Warren, a NTDP alum like Boka and Martin, said the NJEC game action can only help moving forward.

“I think playing games in the middle of summer, getting ready to kind of get in game shape and getting ready for the season, it’s only like a month away until we start practicing with the team, and then another three, four weeks until games start, so this will definitely help out.”

The Wolverines will have a dramatically different roster heading into the 2016-17 campaign. Gone are All-Americans Zach Werenski, Kyle Connor, JT Compher and Tyler Motte, while the Michigan program welcomes 11 new faces onto campus this fall.

One of those will be Martin, who is excited for the opportunity to play for coach Red Berenson – the legendary Wolverines bench boss decided shortly after Michigan’s appearance in the NCAA Tournament that he would return for another season.

“I’m very excited,” Martin said. “It’s an unbelievable program. The history; I’m happy that Coach Berenson decided to stay for another year, happy to join that legacy. I’m actually up there now for the summer – really liking all the guys and all the coaches, and just an incredible experience so far. I’m looking forward to the year.”

And the Wolverines’ returners are confident as they prepare to defend their Big Ten title.