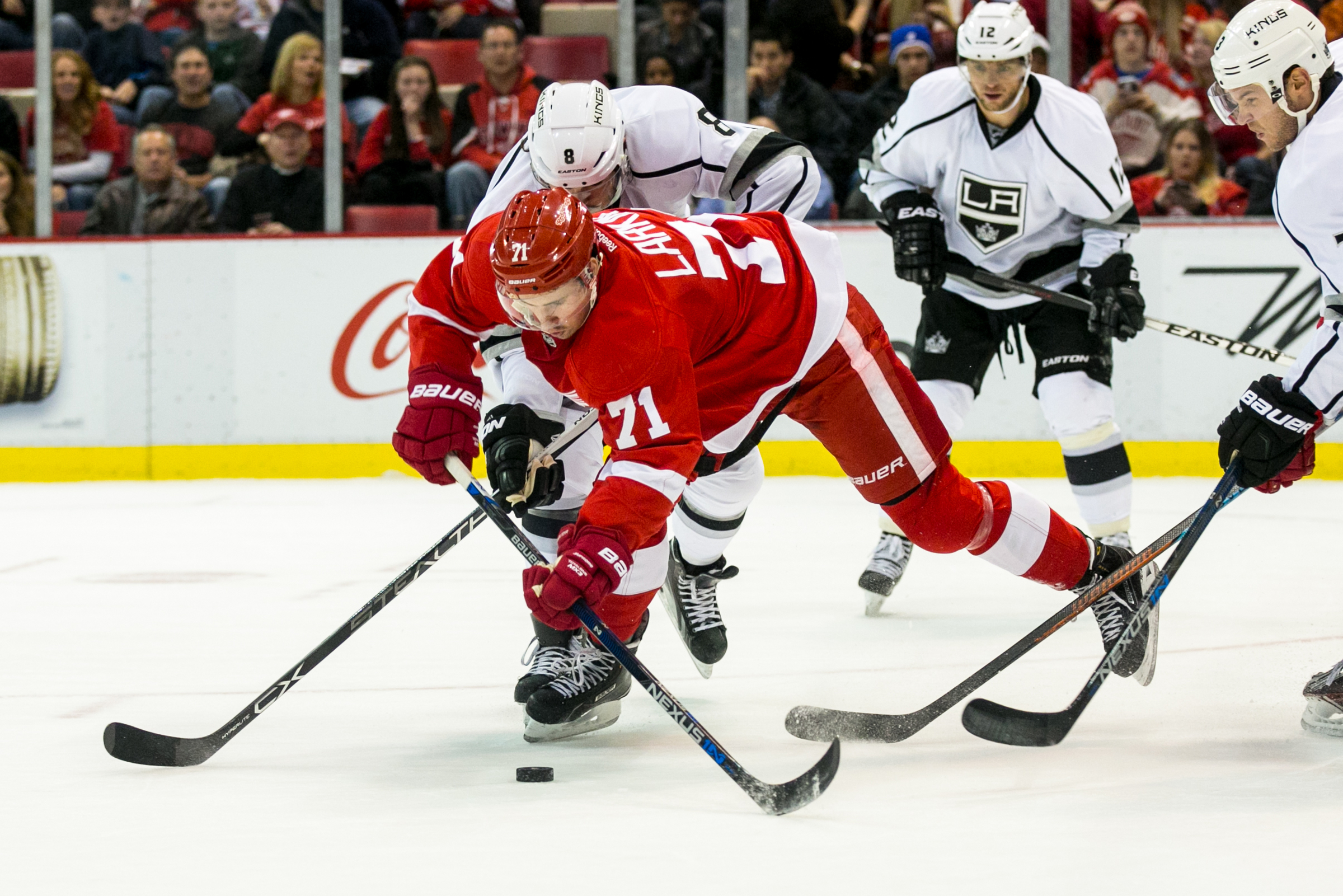 Waterford native Dylan Larkin is already headed to Nashville for the 2016 NHL All-Star Game this weekend, but fans now have a chance to vote him into one of the events.

At the NHL Skills Competition, held on Saturday, Jan. 30, fans will have two opportunities to exercise their vote in the Honda NHL Breakaway Challenge. Five spots in the competition will be determined by team captains, but one place in this event will be picked by the fans, who can vote on Twitter as part of the NHL Breakaway Challenge Fan Vote.

The eligible candidates are Colorado’s Matt Duchene, Columbus’ Brandon Saad (Saginaw Spirit alum) and none other than the Red Wings’ rookie sensation.

Fans can vote via Twitter for Larkin using the hashtag #NHLBreakawayLarkin. Voting will open on Tuesday, Jan. 26 at 12 p.m. ET and close on Thursday, Jan. 28 at 5 p.m. ET.

In the event, one goalie from each team will participate in the challenge, which is worth one point in the overall Skills Competition standings. Each shooter will attempt two shots, and teams will alternate after each shot. Style, creativity, and flair are encouraged, which should suit the 19-year-old Larkin quite well.

As soon as the last competitor completes his routine, fans in-arena and watching on television in the U.S. and Canada will get another opportunity to make their case on Twitter by casting their vote using the hashtag that corresponds to the player of their choice. The shooter with the highest fan vote will be crowned the Honda NHL Breakaway Challenge winner and score one point for his team.

As a rookie, Larkin is currently tied for the Red Wings’ team lead in points (32) and leads the team in goals, with 15. He also ranks fourth in the entire league in plus-minus (plus-23).