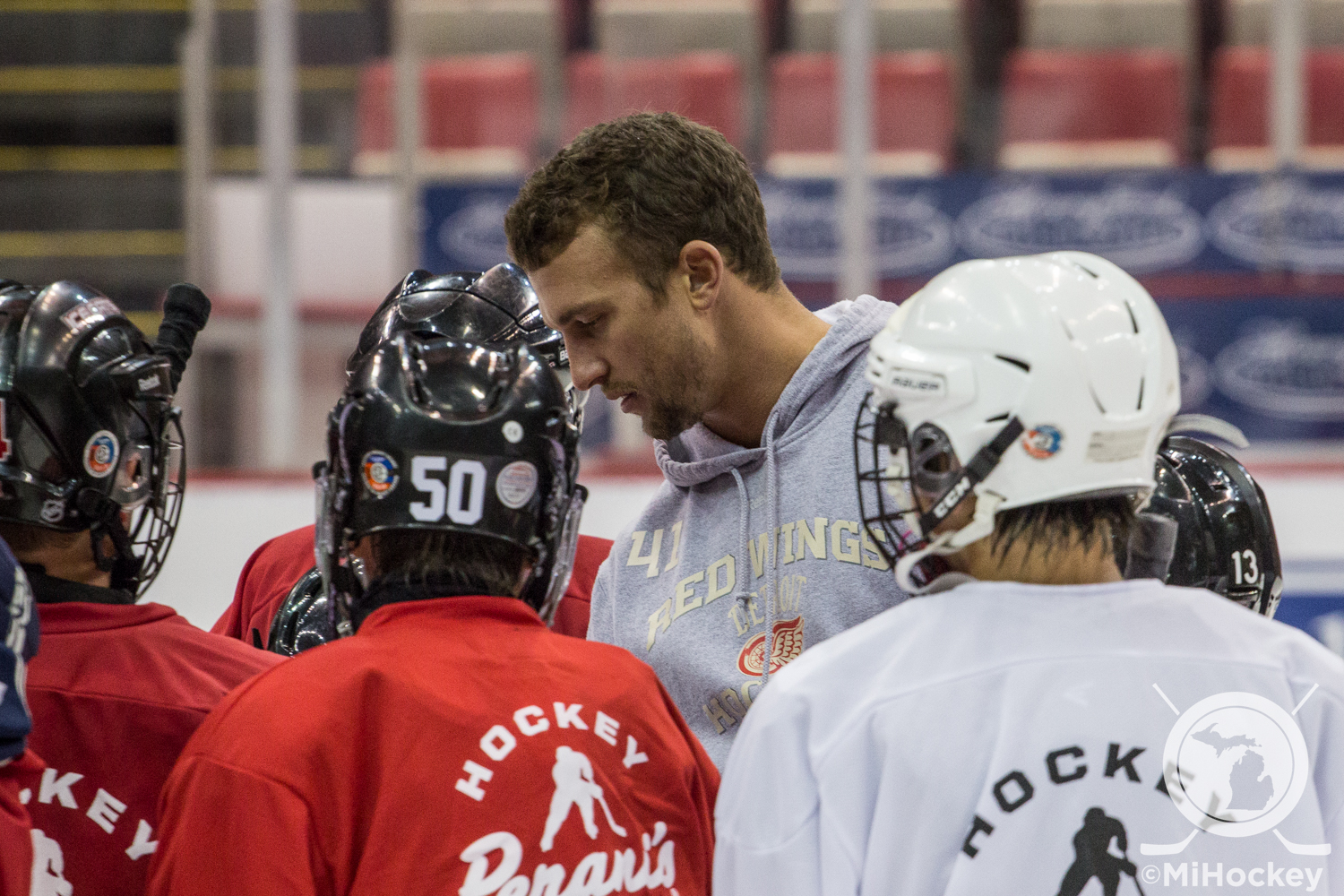 Glendening, however, didn’t take part in any summer training sessions like the Red Wings’ three-day camp while he was growing up in Grand Rapids. In fact, this time of year wasn’t even hockey season – it was baseball and football season.

When asked if he thought it was important for young athletes to engage in multiple sports throughout a calendar year, Glendening agreed.

“I do,” said the 26-year-old forward. “The amount of people who make it to pro sports is very small and I think you should enjoy your experience, whether that’s being in plays or musicals or doing whatever you’re interested in, but I think it’s important to be well-rounded and have a plethora of things to do.”

Plays and recitals, though?

“I was [in musicals],” Glendening said. “Dance recitals, I was in everything.”

“I was in three dance recitals when I was at boarding school, so that was my last performance.”

Whatever he did certainly worked. Glendening, despite pursuing a variety of sports and other after-school activities, found a spot on the University of Michigan hockey team as a walk-on in 2008. Eventually working himself into scholarship status, the East Grand Rapids football standout was one of the Wolverines’ hockey captains by the time his college career was over. That time in Ann Arbor led to the beginning of a professional hockey career – one that started with the ECHL’s Toledo Walleye. From there, Glendening worked his way into a call-up by the AHL’s Grand Rapids Griffins, and soon after, full-time duty with the Detroit Red Wings.

While he admitted he doesn’t have facts or statistics to back up his claim that playing multiple sports and engaging in other activities helped him become a better hockey player, Glendening is sticking to it – and he’s still working to improve his game on the ice.

“I just think it helps your athleticism, and I think I can still get better at hockey just because I’ve only…this is probably my sixth, seventh year of just playing hockey. I think that’s helped me a lot, but I don’t have any scientific facts on that.”

His beliefs do fall in line with USA Hockey’s training system, however. The American Development Model – what USA Hockey asks all associations and programs to use as a guideline for developing young hockey players – stresses that today’s youth experience as many different sports as they can.

You can find more information about that at ADMKids.com – USA Hockey’s official site for player development.