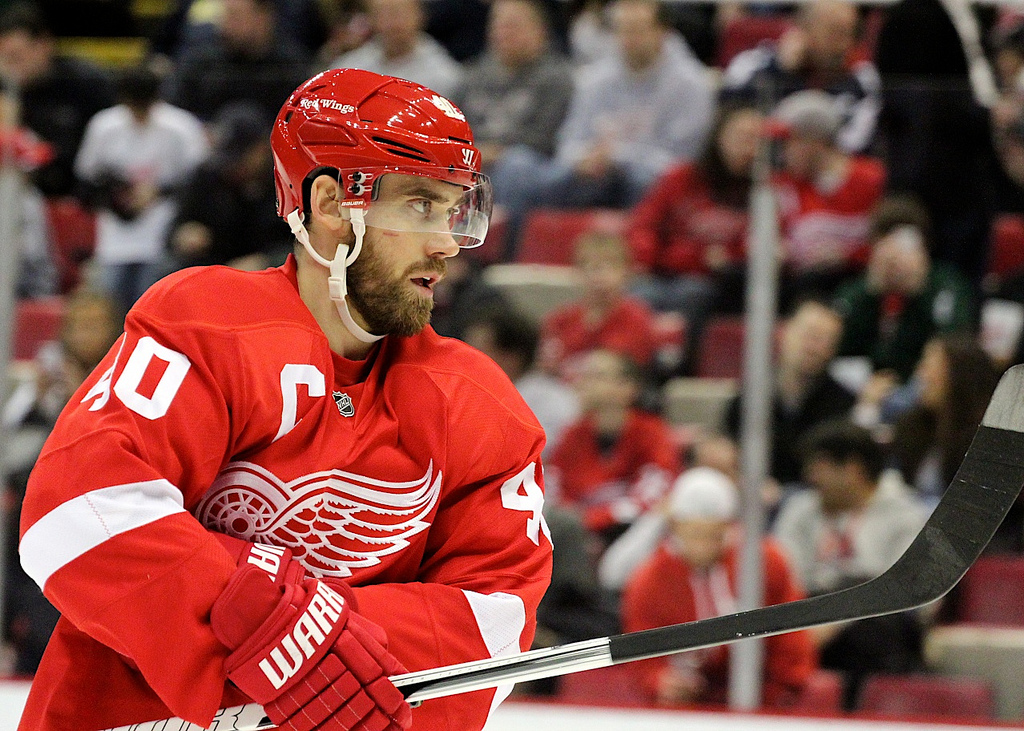 Red Wings captain Henrik Zetterberg's Olympic experience has been cut short, as he will return home due to a back injury. (Photo by Michael Caples/MiHockey)
Editor's picks For Fans Pro Red Wings Slideshow The Latest
June 14, 2013September 16, 2013 MiHockey Staff

Red Wings captain Henrik Zetterberg often gets recognized for what he does on the ice.

Today, he was honored for what he does off of it.

Zetterberg was named the 2013 recipient of the NHL Foundation Player Award today, given to a player “who applies the core values of hockey – commitment, perseverance and teamwork – to enrich the lives of people in his community.”

The NHL Foundation will donate $25,000 to the Zetterberg Foundation, which will be used to help fund the creation of three water stations in Kemba, Ethiopia, giving 1,900 people clean water for a lifetime.

The donation will also help more children in the village attend school, instead of having to spend full days walking to get clean water for their families.

“I’m honored to receive the NHL Foundation Player Award,” Zetterberg said in a release. “The NHL’s $25,000 donation will be matched by the Zetterberg Foundation to provide water to the village of Kemba. There are a lot of NHL players that do great charitable work within NHL communities and around the world, so I’m extremely humbled to be selected as this year’s award winner.”

Zetterberg and his wife, Emma, give back to the Metro Detroit community via numerous intitiaves, as well as helping with international causes in Ethiopia, Guatemala and Nepal. Zetterberg hosts children’s charities, including Metro Detroit area children’s hospitals and nonprofits for mentoring children, at each Detroit home game. The Wings’ captain hosts children in the Zetterberg Foundation Suite every regular-season contest. He also funds a high school hockey scholarship and helps with a high school hockey banquet.

Zetterberg is the second Red Wing to win the award; Darren McCarty received the award in 2013. The Wings’ captain is the first Swedish player to be named NHL Foundation Player Award winner.

Every year, each NHL club nominates a player, and a judging panel chooses one winner.